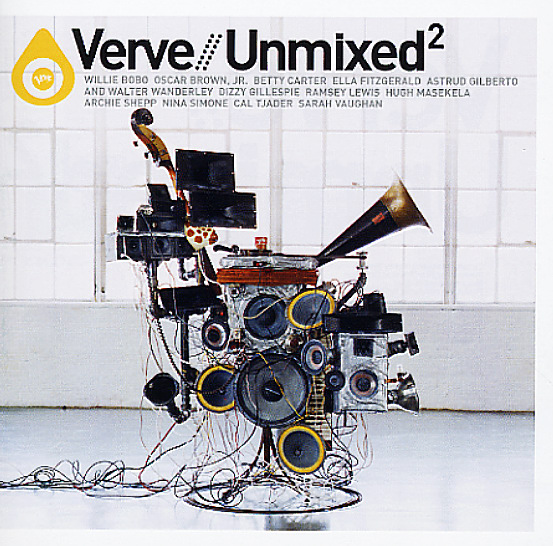 The blueprint for a great set of future jazz – 14 original tunes that all got redone in the Verve Remixed 2 set! Verve has done a great job with the set – pulling together some excellent grooves from the 50s and 60s, served up at a price that's almost as cheap as a fancy cup of coffee! The set's stuffed with groovy vocal, Latin, and soul jazz numbers – with titles that include "Mama" by Hugh Masekela, "Manteca" by Dizzy Gillespie, "Sinnerman" by Nina Simone, "Do What You Wanna" by Ramsey Lewis, "Brother Where Are You" by Oscar Brown Jr, "Here's That Rainy Day" by Astrud Gilberto, "Naima's Love Song" by Betty Carter, "Fried Neck Bones & Some Home Fries" by Willie Bobo, "Blues For Brother George Jackson" by Archie Shepp, "Soul Sauce" by Cal Tjader, and "Slap That Bass" by Ella Fitzgerald.  © 1996-2022, Dusty Groove, Inc.
(Out of print.)