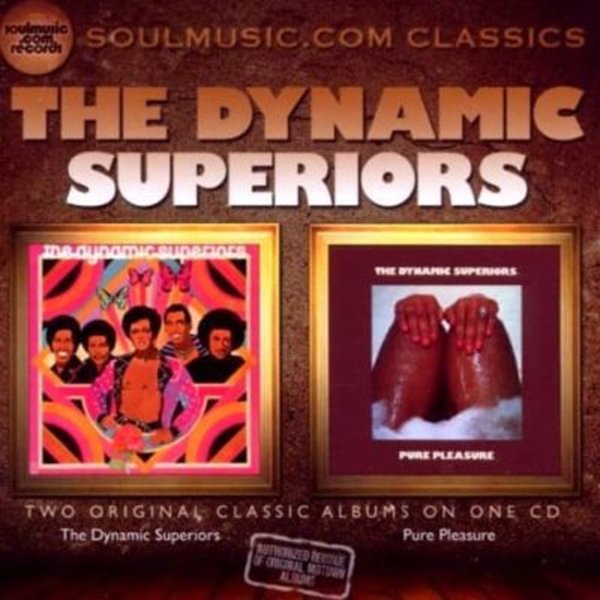 A great lost bit of mid 70s Motown – a pair of should-be classic albums by Dynamic Superiors – in a single set! Dynamic Superiors were a great harmony group with an east coast sound – quite different from the usual Motown combo in that their vocals were often allowed very free range, with less of the tightness of the usual Motown group soul album. Ashford & Simpson produced the record – with arrangements by Leon Pendarvis, Richard Tee, and Arthur Jenkins – and the whole thing's a sweet soul treasure that's got some excellent mellow soul cuts! Titles from the self-titled set include "One Nighter", "Don't Send Nobody Else", "Shoe Shoe Shine", "Star of My Life", and "Leave It Alone". Pure Pleasure is another sweet set – arranged with a bit more of a high stepping groove than some of the other Motown work of the time. Backings are handled by a range of talents that includes Paul Riser, William Eaton, Al Gorgoni, and Horace Ott – but the real charm is the way the group's innocent harmony style puts over the lyrics, all of which are very strong tunes written by the team of Ashford & Simpson. Titles include "Face The Music", "Hit & Run Lovers", "Deception", "Pleasure", "Nobody's Gonna Change Me", "Feeling Mellow", "Ain't Nothing Like The Real Thing", and "Don't Give Up On Me Baby".  © 1996-2022, Dusty Groove, Inc.