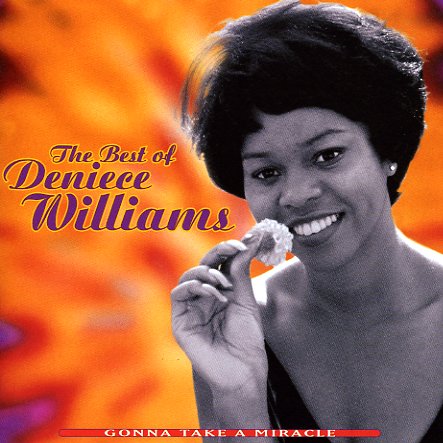 Gonna Take A Miracle – The Best Of Deniece Williams

An amazing evolution in sound – a set that brings together the shifting styles of Deniece Williams during her Columbia years – a stretch when she started out as a righteous-voiced singer with an almost Minnie Riperton-like sound, then moved into much more chart-topping territory for the early 80s! Throughout it all, though, Williams' vocals remained top-shelf – trained not only through years of gospel singing, but also through an early music career that had her recording indie singles in Chicago, and working as a backup singer for Stevie Wonder. The package does a good job of bringing together most of Williams' significant cuts from the Columbia years – 16 tracks that include "Free", "I Found Love", "Cause You Love Me Baby", "That's What Friends Are For", "God Is Amazing", "Baby Baby My Love's All For You", "When Love Comes Calling", "If You Don't Believe", "Silly", "It's Gonna Take A Miracle", "Waiting", "Do What You Feel", "Black Butterfly", "Too Much Too Little Too Late", and "Let's Hear It For The Boy".  © 1996-2021, Dusty Groove, Inc.