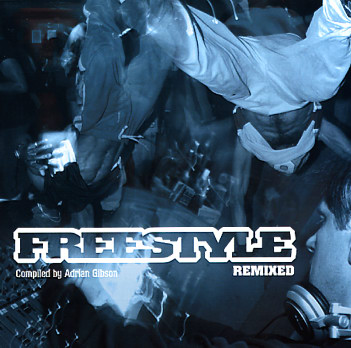 A collection of work from one of the hippest labels to come out of London in the past few years – Freestyle Records, home to a flurry of excellent funk, jazz, soul, and Latin-based singles – all hand-picked by Adrian Gibson of the Jazz Cafe! This package offers up remixes of some of Freestyle's best work – many tracks that haven't even appeared on CD in their original versions, served up here in slightly different takes that still preserve the integrity of the originals! Titles include "Movin On (Richy Pitch rmx)" by Reggie Watts, "No Time (Moonstarr rmx)" by Afrodizz, "Work It Out (Beatfanatic rmx)" by Speedometer, "Impulse (Flow Dynamics mix)" by Rhibosome, "Sirius (Future Fusion rmx)" by Sirius B, "Human Nature (Diesler rmx)" by The Society, and "Sabroso (White Mike rmx)" by Kokolo.  © 1996-2021, Dusty Groove, Inc.

Journey Through Sounds
Freestyle (UK), 2010. Used
CD...$1.99
Less of an orchestra than a tight mix of funk, soul, Latin, and clubby elements – all fused down nicely, and mixed up by Dimitris Nassios! There's plenty of older elements in the mix – wah wah guitars, funky horns, conga beats, and more – all wrapped up with some tight ... CD