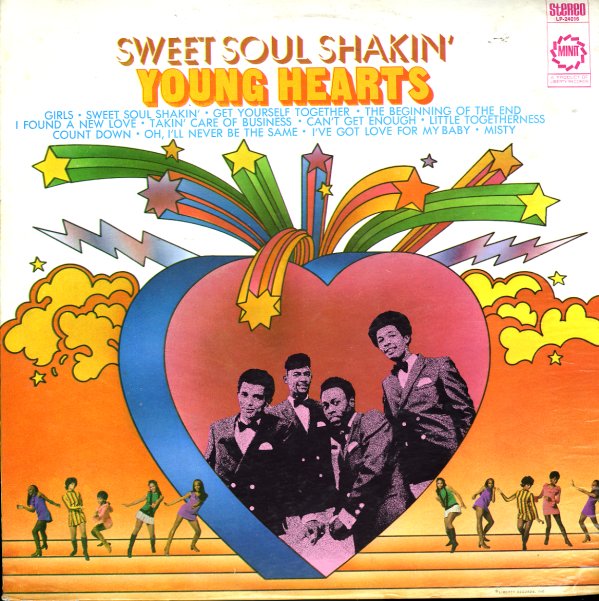 A rare early album by The Young Hearts – the group who later went onto cut more modern soul sounding tracks for 20th Century, but who are operating here in a nice tight northern soul style! The record's got plenty of nice harmonies, and features arrangements by Artie Freeman and a host of original songs like "Girls", "Sweet Soul Shakin", "Takin' Care Of Business", and "I Found A New Love".  © 1996-2021, Dusty Groove, Inc.
(A great copy!)

Midnight Marauders
Jive, 1993. Near Mint-
LP...$49.99
A masterpiece from prime era Tribe Called Quest! Midnight Maurauders was Tribe's third LP, and even though there were no tracks yet credited to the Ummah, this is pretty much the beginning of Tribe's transition to that sound – with the same mellow, laid back vibe as their best early material ... LP, Vinyl record album