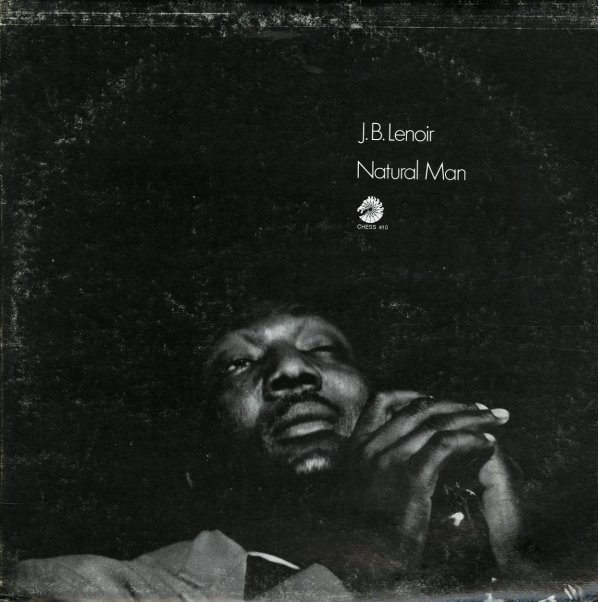 A really great collection of Chess Records work by JB Lenoir – one of the more unusual singers on the Chicago scene at the time – and one with a sound that's pretty darn great all the way through! Lenoir's tone is a pitch or two up from most of his contemporaries – not as gritty and deep, and with inflections that almost point the way towards soul singers in the generation to come. Yet the backings are definitely in the best Windy City modes of the time – as Lenoir plays some great electric guitar, alongside Alex Atkins on alto, Ernest Cotton on tenor, Joe Montgomery on piano, and Willie Dixon on bass. The set mixes vintage singles with a few unreleased tracks – and titles include "Natural Man", "Don't Dog Your Woman", "Don't Touch My Head", "Five Years", "Mama What About Your Daughter", "Korea Blues", "Let Me Die With The One I Love", "I'm In Korea", and "Carrie Lee".  © 1996-2022, Dusty Groove, Inc.
(70s GRT pressing with pink & green labels. Cover has light surface & ring wear.)