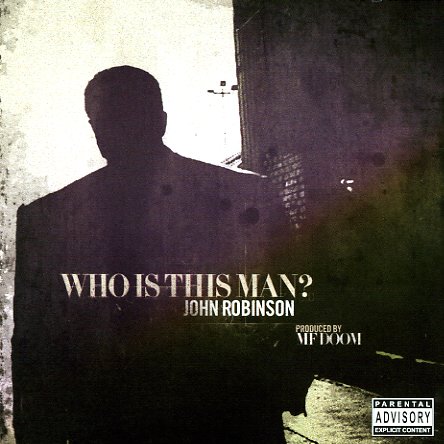 Who Is This Man?

Who is this man, yoy might ask? It's John Robinson, a stellar MC with a busy, thoughtful and dexterous mic flow – who's had this tight album finished since 2004, and it's only now seeing the light of day in the US! It may have languished due to the usual politics of the business, but in quality, it suffers nothing from the lost time – it's one of the ever fresh, beats & rhymes hip hop records built on timeless principles – with funky, gritty soul & jazz beats from producer MF Doom – similar in style to the ones he used the handful of tracks he's produced for Ghostface in the late 00s. Cuts and scratches by DJ Rhettmatic. Worth the wait! Titles include "Indy 102", "There She Goes" feat Orah, Shrink Rap", "Invisible Man", "Outta Control", "Crazy Music" feat Invizible Hanz, "The Replenish", "Sorcerers" feat Invizible Hanz and MF Doom and more.  © 1996-2021, Dusty Groove, Inc.
(Produced by MF Doom.)