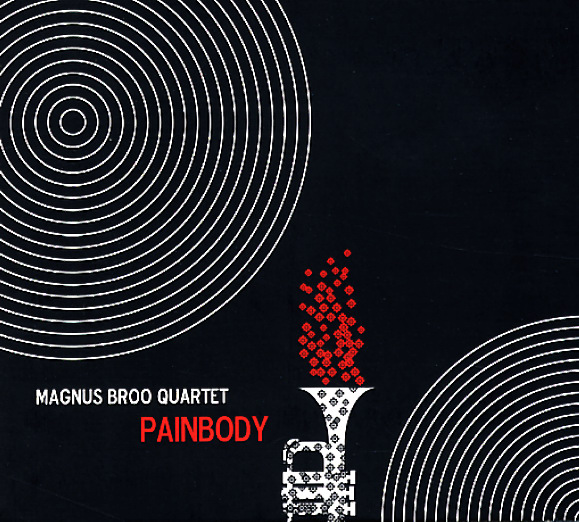 Trumpeter Magnus Broo is easily one of the freshest players on the Moserobie jazz label – and that's saying a lot, given the heady company he's got on the imprint! This set is key proof of that fact – as Broo's working here in a style that's quite different than most contemporary trumpeters – never too steeped in classic influences and tones, but also never too far out in its conception – instead just right down the middle of a bold new territory, one that's blown tightly one minute, expressed in more rhythmic tones the next – almost hanging towards echoes of late 60s soul jazz, but with a freer, looser feel overall. The rest of the group's a great support for Magnus on the date too – as players include the excellent Torbjorn Gulz on piano, Mattias Welin on electric bass, and Jonas Holgersson on drums. Titles include "Africa", "Painbody", "Das Boot", "Second Wind", "Clockwise", "Koba", and "Smolk".  © 1996-2021, Dusty Groove, Inc.
(Out of print.)

Reminiscence
Moserobie (Sweden), 2018. Used
CD...$9.99 (LP...$14.99)
This might be the first we're ever hearing from pianist Adam Forkelid – and given the sound of the album, we hope we'll be hearing a lot more for years to come! Forkelid has this wonderful approach to the piano – very bold, powerful chords – even in the mellower moments – ... CD