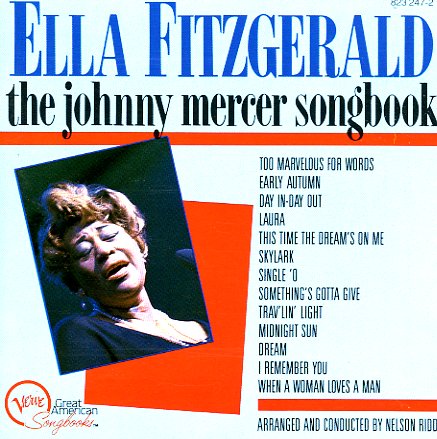 Arrangements from Nelson Riddle, groovy tunes from Johnny Mercer, and titles that include "Something's Gotta Give", "Midnight Sun", "When A Woman Loves A Man", "I Remember You", "Too Marvelous For Words", "This Time The Dream's On Me", and "Single O".  © 1996-2022, Dusty Groove, Inc.
(Out of print.)