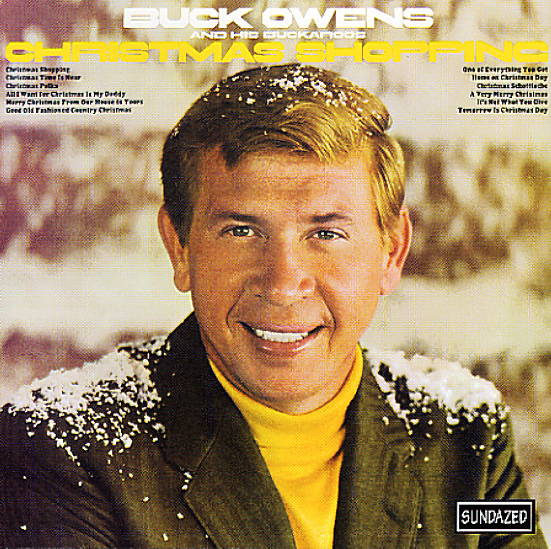 A little goofy, but a great record of Christmas country tunes from Uncle Buck! The title track "Christmas Shopping" is the kind of dated Holiday tune that we really like – a mad little number with a boogie woogie riffing approach, and some silly lyrics about buying too many presents. Other tracks are more in the serious country mode of Buck's other work at Capitol – and have some great original lyrics that make the album a fresh album of tunes that will soon be new Christmas favorites! Titles include "A Very Merry Christmas", "Christmas Time Is Near", "The Jolly Christmas Polka", "All I Want for Christmas Is My Daddy", and "One Of Everything You've Got".  © 1996-2021, Dusty Groove, Inc.