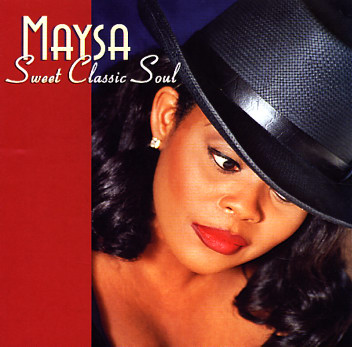 Timeless soul from Maysa – who here lends her sweet molasses vocals to numbers made famous by Stevie Wonder, Teddy Pendergrass, The Isley Brothers, Chaka Khan, The Stylistics, Roberta Flack and others! Maysa fully employs the sophisticated mellow soul approach on this set – befitting the material quite grandly with her sultry vocals, and tight band providing laidback keys, snapping drums & percussion, and some jazzy smooth horns and flute in spots. The most mature outing yet from the gifted vocalist whose roots helped plant Incognito! Tracks include "Wishing On A Star", "Don't Say Goodnight", "All I Do", "Love Won't Let Me Wait", "Come Go With Me", "Betcha By Golly Wow", "Playing Your Game, Baby", "Love Comes Easy", "Any Love" and "The First Time (I Ever Saw Your Face)".  © 1996-2021, Dusty Groove, Inc.

Meshell Ndegeocello Presents The Spirit Music Jamia – Dance Of The Infidel
Shanachie, 2005. Used
CD...$4.99
An incredible departure for Meshell Ndegeocello – a jazz-based project with a sound that's different than any of her other work! The album shows a depth that we never expected – a richly instrumental mode that's only touched by vocals on a few songs – and which is mostly ... CD