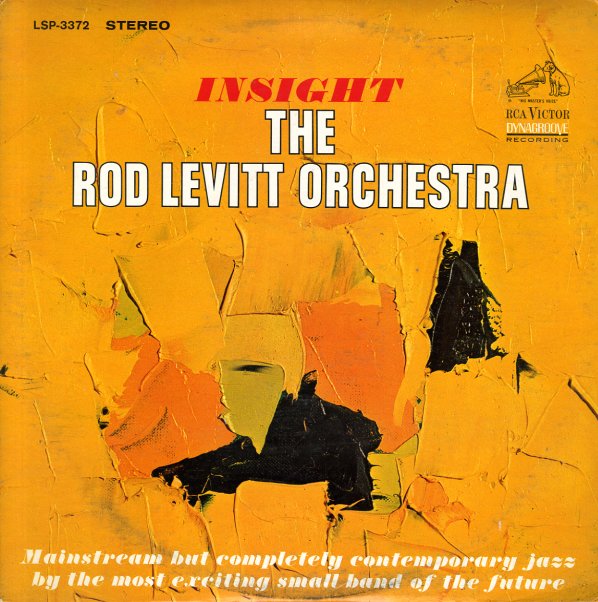 Tight hard swinging big band set, with really complicated arrangements and some great writing. Not all of the players are names you'll recognize, but Levitt's talent for arrangement and leadership ensure a tight tight band, and the album wails nicely. Tracks include "Stop Those Men!", "Vera Cruz", "Insight", and "The Mayor Of Vermont Village". Levitt's always talked about in hipster musician circles. Get this and find out why.  © 1996-2020, Dusty Groove, Inc.
(Mono Dynagroove pressing with deep groove.)

Forty-Second Street
RCA, 1966. Near Mint-
LP...$6.99
Dynamic sounds from this overlooked 60s leader – played in a sharp mix of swing and modern styles – with work from Levitt on trombone, plus Bill Berry on trumpet, Buzz Renn on alto and flute, George Marge on tenor and flute, and Gene Allen on baritone and bass clarinet! LP, Vinyl record album

Dynamic Sound Patterns Of The Rod Levitt Orchestra
Riverside, 1964. Very Good+
LP...$6.99
"Dynamic" is right – as Rod's one of the hippest large group arrangers of his time! The album's a really wonderful record that features Rod leading an octet with a distinctly modern touch – almost building off the styles of Kenton groups of the 50s, but with more of the ... LP, Vinyl record album