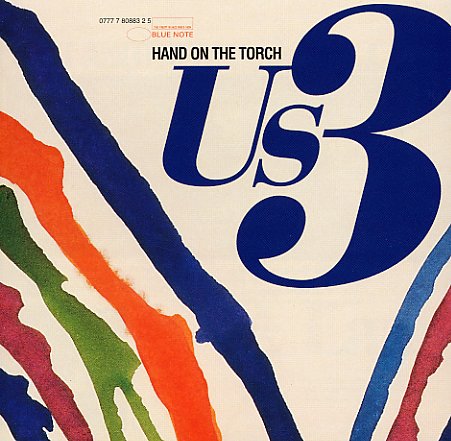 Hand On The Torch

The biggest selling album ever cut by Blue Note – and a festive romp through samples of the label's famous jazz catalog! US3 mix it up on tunes that include "Cantaloop", "I Got It Goin On", "Different Rhythms", "Eleven Long Years", "Lazy Day", "Cruisin", and more!  © 1996-2020, Dusty Groove, Inc.
(BMG Direct pressing.)

Questions
US3, 2004. Used
CD...$2.99
A stripped-down set from US3 – aka Geoff Wilkinson – still working here in a style that's very much in the spirit of his post-Blue Note work! The tracks are relatively spare – mostly just beats with a bit of instrumentation that includes piano, trumpet, tenor, and Fender Rhodes ... CD