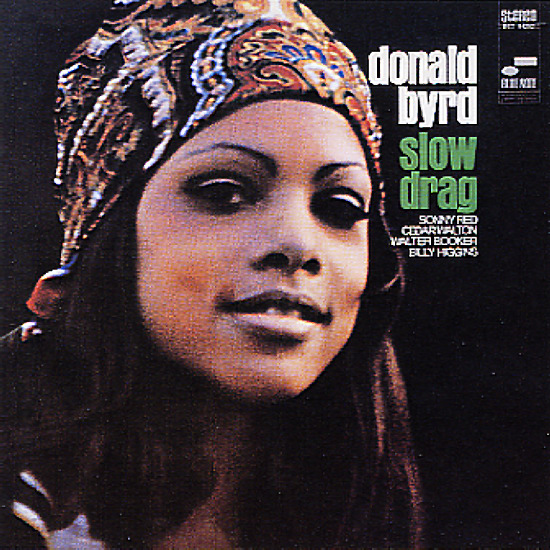 Beautiful stuff – and one of the best Donald Byrd albums of the 60s! The album is a killer all the way through – recorded with a group that Byrd maintained for 2 years, one that featured Sonny Red on alto sax, Cedar Walton on piano, Walter Booker on bass, and Billy Higgins on drums – all of whom come together magnificently in a razor-sharp formation, mixing hardbop and soul jazz with an edge that you'll hardly find on any of Byrd's other albums from the time. A lot of the credit is due to Sonny Red – who plays with a raspy tone that's odd for the alto, and which really draws out Byrd's solo skills. Walton's got a heavy left-handed approach that really hits some great grooves – and the team of Booker and Higgins leap lyrically, yet also throw just the right amount of funk into the rhythms. Includes the Blue Break classic "Jelly Roll", the amazing jazz dancer "Book's Bossa", and the sublime "Slow Drag", one of the strangest groovers you'll ever hear!  © 1996-2021, Dusty Groove, Inc.
(24 bit remastering by Rudy Van Gelder!)