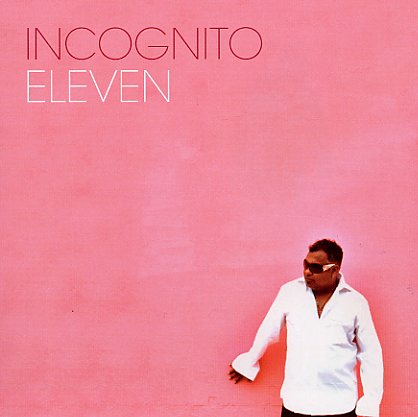 Is it only 11 albums so far? Given the number of years Incognito's been grooving our world, we'd have thought it was at least 50 records to date! Yet given the richly collaborative spirit of leader Bluey – and his work with many other groups and projects – added to the always-great sound of any Incognito set, it's clear that the group have had an influence that goes far beyond a straight run of just 11 records. There's always a depth to Incognito's work that few other groups can match – including the countless artists of the Neo Soul generation who've been inspired by their older records, but can never seem to cut a record that's as great as one like this! Of course, part of the strength of the set is Incognito's richly-collaborative spirit – a quality that makes plenty of room here for lead vocals by Maysa Leak, Imaani, and Carleen Anderson – and which benefits strongly from some great keyboard lines by Ski Oakenfull. But as usual, mainman Bluey is the one to thank for the record – because his sense of groove, and love of classic 70s-influenced soul comes through very strongly on all tracks – hitting an on-the-money sound that makes the group, and this latest album, stand head to head with some of the best soul acts of classic years. Another winner from Incognito – not a bit of fluff at all – and a sublime batch of tracks that includes "Jacaranda", "Show Me Love", "We Got Music", "Let The Mystery Be", "Will I Ever Learn", "I'll Get By", "As Long As It's You", and "When Tomorrow Brings You Down".  © 1996-2021, Dusty Groove, Inc.
(Out of print. BMG Direct pressing.)

I Remember (UK pressing – with bonus tracks)
Erasound/Dome (UK), 2003. Used
CD...$4.99
Beautiful work from Laurnea – some of her best ever! The set's got a polish and precision that we've never heard in her work before – a bold leap forward with a sound that really puts her at the forefront of the current soul underground. The album's a fiercely collaborative effort, ... CD