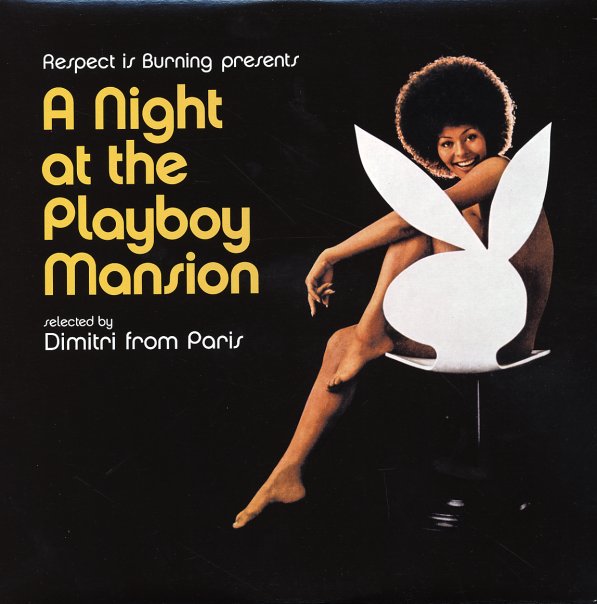 Night At The Playboy Mansion – Selected & Mixed by Dimitri From Paris

An excellent collection of house tracks – old and new – selected and blended by Dimitri From Paris! The overall theme is an imaginary party at the Playboy Mansion – but from our personal experience, we can tell you that this set kicks a lot harder than the dancefloor at Hef's pad ever did! Dimitri takes off from the current ecstatic energy of the Parisian house scene, and the package is a totally stormin mix of 14 tracks that are all uptempo, all soulful, and all filled with the kind of hooks that will keep you on the floor all night long. Tracks include "Found A Cue" by Ashford & Simpson, "I'll Be There For You" by Sunburst Band, "Sweet Music" by Terry Hunter, "Motivation" by Atmosfear, "Outro Lugar" by Salome De Bahia, "Talking All That Jazz (Torti's old school mix)" by Stetsasonic, "Down To Love Town" by The Originals, "The Groove" by Astrojazz, "Reach Inside" by Bah Samba, "Wonderful Person" by Black Masses, and "Give Me Love" by Cerrone.  © 1996-2022, Dusty Groove, Inc.
(Out of print.)

Modern Soul – Living For The Week End
Irma (Italy), 1970s. Used
CD...$11.99
Sweet and smooth soul – a tasty collection of modern numbers from some of the bigger acts of the 70s, interspersed with more obscure tunes that round the set out nicely! Not all of the cuts here have that strictly polished sound you'd expect from other collections of modern soul, as the ... CD

Culture Of Fear
ESL, 2011. Used
CD...$7.99
Brilliant work from Thievery Corporation! This duo truly seems to be getting better and better as the years go by, progressing to deeper realms in both tone and craft – and somehow doing that while pulling us in with immediate, insistent appeal. That's no small feat! Tripped out jazzy hip ... CD

Mezzanine (2CD deluxe edition – with bonus tracks)
Virgin, 1998. Used 2CD
CD...$11.99
A heavier, darker prime era set from Massive Attack – and rightly remembered as a classic! The grooves are still really strong, but the trip hop pioneers are delving more deeply into a bass heavy dub trip with a deep, rumbling bottom running throughout the tracks and some distorted guitar and ... CD