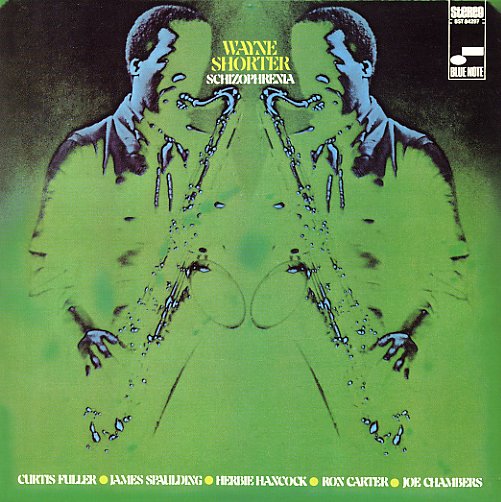 Also available
Wayne Shorter — Schizophrenia ... CD 13.99
Killer stuff throughout – a classic session from the late 60s that has Wayne Shorter pushing into a searching, spiritual groove, but one that's still filled with all the taught electricity of his earlier recordings on Blue Note! Shorter's accompanied by youthful modernists like James Spaulding on alto, Herbie Hancock on piano, Ron Carter on bass, and Joe Chambers on drums – plus the mighty Curtis Fuller on trombone, whose instrument here proves to be the same key extra ingredient that it was on the best Art Blakey sextet sessions of the 60s. There's a tight, soulful feel here that's sublime – an Adams Apple sort of groove, but a bit fuller – and titles include the classic "Tom Thumb", plus "Playground", "Schizoprhenia", "Kryptonite", "Miyako", and "Go".  © 1996-2022, Dusty Groove, Inc.
(Out of print Connoisseur pressing.)