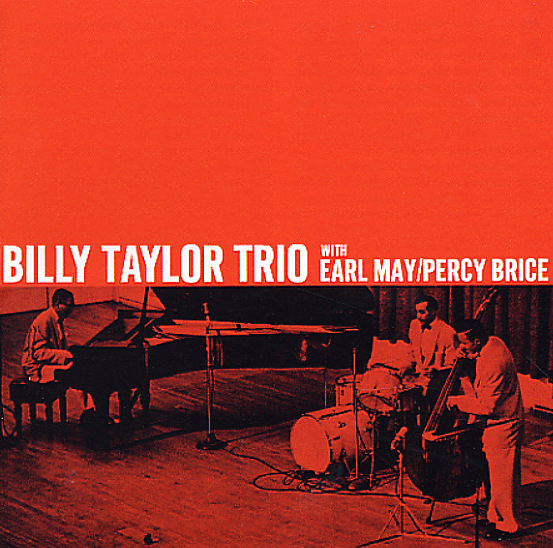 2 early classics from pianist Billy Taylor – back to back on one CD, and both featuring his classic 50s trio with bassist Earl May and drummer Percy Brice! The tracks are mostly short and simple, and done in Taylor's warmly rhythmical approach to the keys – a groove that was clearly informed by the hardbop of the time, but which laid back in a much more soulful formation. The set features a total of 17 tracks from the albums Billy Taylor At Town Hall (oddly recorded in the studio!) and A Touch Of Taylor – with titles that include "Theodora", "I'll Remember April", "How High The Moon", "A Bientot", "Early Bird", "Day Dreaming", "Radioactivity", "Long Tom", and "Daddy O".  © 1996-2022, Dusty Groove, Inc.
(Out of print.)