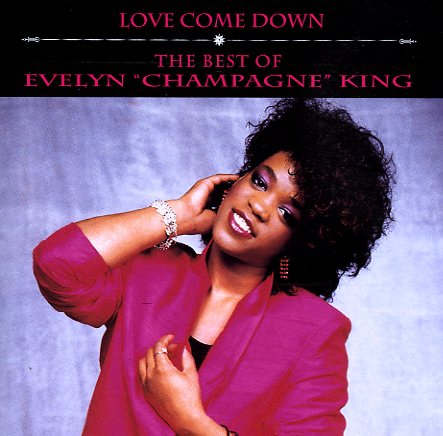 Love Come Down – The Best Of Evelyn Champagne King

A solid overview of RCA material from Evelyn Champagne King – from the disco era hits, catchy club soul, and synth soaked 80s grooves! Evelyn's sound is usually upbeat and catchy, but she's does her thing and more measured and and smoothed out soul numbers, and bass & synth grooves in the early 80s. Very nice stuff all around! Titles include "Shame", "I Don't Know If It's Right", "Music Box", "I'm In Love", "Don't Hide Our Love", "Betcha She Don't Love You", "Action", "Get Loose", "Teenager", "High Horse", "Your Personal Touch" and more. 16 tracks in all.  © 1996-2020, Dusty Groove, Inc.

Adriana Evans
Loud/BMG, 1997. Used
CD...$5.99
A late 90s effort from this west coast singer, on the cusp of the NuSoul movement, and with a nice nod in that direction, betraying her jazzy pedigree. With some great production courtesy Dred Scott, who had released a nice hip hop LP a few years earlier, that was largely slept on, this Lp has a ... CD