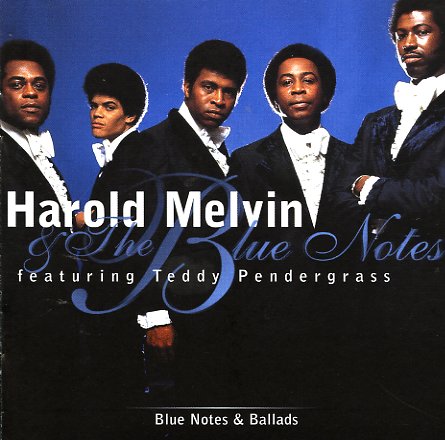 Sublime ballad work from Harold Melvin & The Blue Notes – material that easily represents the greatest side of their talents from the Philly International years! Although the group charted biggest with their groovers, we've always loved their mellower tunes best – and this CD is filled with them – killer slow-moving cuts that really let Teddy Pendergrass stretch out with amazing vocals, a tangle of emotions set beautifully to soulful Philly backings. A few tunes are from the post-Teddy years, but are still pretty great too – and titles include "Pretty Flower", "I Miss You", "Ebony Woman", "Let Me In Your World", "It All Depends On You", "To Be True", "Yesterday I Had The Blues", "I'm Weak For You", "It's All Because Of A Woman", "Hope That We Can Be Together Soon", "You Know How To Make Me Feel So Good", "If You Don't Know Me By Now", and "Yesterday I Had The Blues".  © 1996-2022, Dusty Groove, Inc.
(Out of print, small cutout hole through case.)

Best Of Earth Wind & Fire Vol 1 (K2HD CD)
Sony (Japan), Mid 70s. Used
CD...$24.99
Fantastic stuff through and through – and almost a "best of" best of collection from the 70s! The album's a key illustration of the genius of Earth Wind & Fire on Columbia Records – because by the time the set was released in 1978, most of the tracks were already well-know ... CD

I'm In Love Again
Philadelphia International, 1983. Used
CD...$6.99
A seminal album from the great Patti Labelle – a set that allowed the singer to mature strongly and find her own voice away from the funky, rockish style of Labelle – this sophisticated style that marked a whole new level of the singer's career! The Philly International label turned ... CD