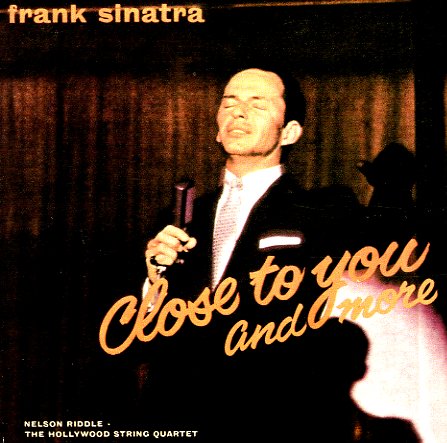 Close To You & More

An oft-forgotten gem in Sinatra's catalog – a sad, somber late 50s session conducted by Nelson Riddle, with additional backing by the Hollywood String Quartet, who give the record all the weepiness it needs to make the songs hit home. Sinatra's in that post-revival mode vocally, hitting a mature tone that really brings the best emotional quality out of titles like "Love Locked Out", "PS I Love You", "Close To You", "Don't Like Goodbyes", and "Blame It On My Youth". Still entirely at the top of his game – and more proof that there never was a better singer! CD reissue features 15 tracks in all, and 24 bit digital remastering.  © 1996-2020, Dusty Groove, Inc.
(Out of print.)