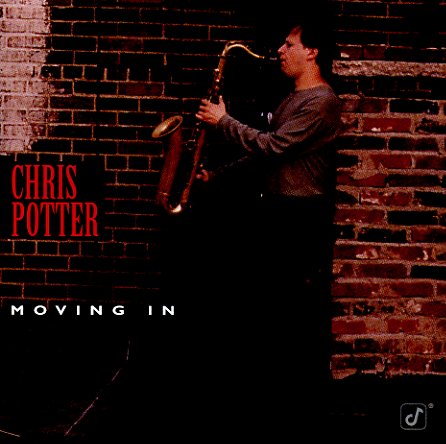 Snakey lines and some nicely dark corners from saxophonist Chris Potter – a set that shows off his skills on tenor, soprano sax, and bass clarinet – but, more importantly, one that also acts as a beautiful demonstration of his writing skills too! Potter's got a great way of mixing modern moments and soulful currents in his music – never getting too obtuse for his own good, and often holding onto an inherent rhythmic quality that really pulls us in – at least on a record like this! The rhythm section's nice and tight, but never uptight – with Brad Mehldau on piano, Larry Grenadier on bass, and Billy Hart on drums – and titles include "Rhubarb", "South for The Winter", "Nero's Fiddle", "Book Of Kells", "The Forest", and "Pelog".  © 1996-2022, Dusty Groove, Inc.

Vertigo
Concord, 1998. Used
CD...$5.99
Chris Potter's a player who always brings a slightly different feel to the table with each new record – and this one is no exception! At first glance, the outing's a simple quartet date – but as is typical with Potter, the set's actually quite complicated underneath – laid out in ... CD