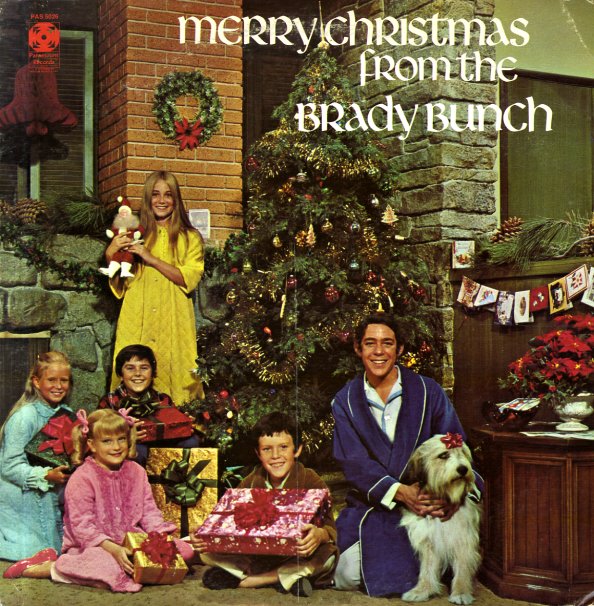 Merry Christmas From The Brady Bunch

Stop, mommy – it hurts! This incredibly painful album features the whole cast of the Brady Bunch – well, the kids only, really – singing Christmas tunes like "The First Noel", "Jingle Bells", "Frosty The Snowman", "Silent Night", and "Little Drummer Boy". Given that they give solos to Jan, Peter, Cindy, and Bobby, you can imagine just how awful this album is – the kind of record that makes you want to give up Christmas forever!  © 1996-2022, Dusty Groove, Inc.
(Cover has some ringwear, heavy edge wear, and discoloration from age.)