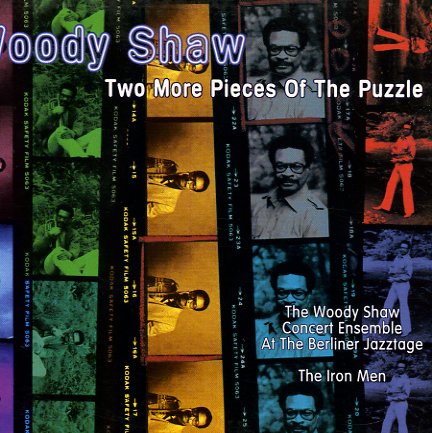 2 CD set that brings together 2 long out of print Muse albums by the late soulful trumpeter Woody Shaw. Both records are great, and are a very nice blend of Shaw's modernist side and soul jazz roots. Players include Ronnie Matthews, Cecil McBee, Frank Foster, Muhal Richard Abrams, Louis Hayes, and Slide Hampton – and titles include "Iron Man", "Symmetry", "Diversion Two", "In The Land of The Black", "Hello To The Wind", and "Obsequious".  © 1996-2020, Dusty Groove, Inc.
(Out of print.)

Moontrane
Muse/32 Jazz, 1974. Used
CD...$24.99
A beautiful piece of soulful spiritualism! This great Muse album is one of Woody Shaw's strongest seventies LPs, and one of the few that really captures the energy that he had when he first appeared on the scene in the mid 60s. The group is a large ensemble packed with great players like Azar ... CD

Solid
Muse/32 Jazz, 1986. Used
CD...$7.99
One of Woody's last albums – a back to basics set, recorded with a group that include Kenny Garret on alto sax, Kenny Barron on piano, and guest guitar work on one track by Peter Leitch. The approach is straight modal hardbop – in the spirit of Woody's first recordings for Muse – ... CD

Woody Shaw Live Vol 2
High Note, 1977. Used
CD...$12.99
Majestic work from Woody Shaw – the second volume of a rare live performance from 1977, one that features Woody at the height of his powers, running through long and beautiful tracks with a deeply soulful feel. The style here is similar to Woody's best work of the mid 70s on the Muse label ... CD