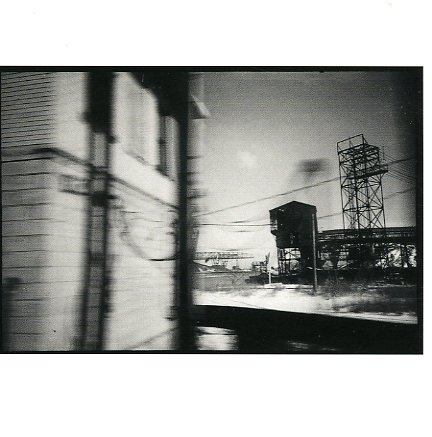 No One Ever Works Alone
Okka Disk, 2004. Used
CD...$8.99
A mighty mighty album that recalls the glory days of the FMP scene – a triple-talent terror that features the massive reed work of Mats Gustafsson, Ken Vandermark, and Peter Brotzmann! Given that Gustafsson and Vandermark are the two key heirs to the sound that Brotzmann first forged back in ... CD

Ask The Sun
Okka Disk, 1996. Used
CD...$7.99 (CD...$9.99)
A classic pairing of two of the most important percussionists on the Chicago avant scene of the 90s – Hamid Drake and Michael Zerang, both musicians with a very different sound and style – but whose contributions to the Okka Disk label alone are more than enough to warrant them pages in ... CD

Mouth Eating Trees & Related Activities
Okka Disk, 1996. Used
CD...$7.99 (CD...$9.99)
An important early album from reedman Mats Gustafsson – and one that has him working with older free jazz giants Barry Guy on bass and Paul Lovens on a range of percussion instruments, including a musical saw! Mats is clearly the star of the set – already an amazing master of tones, ... CD