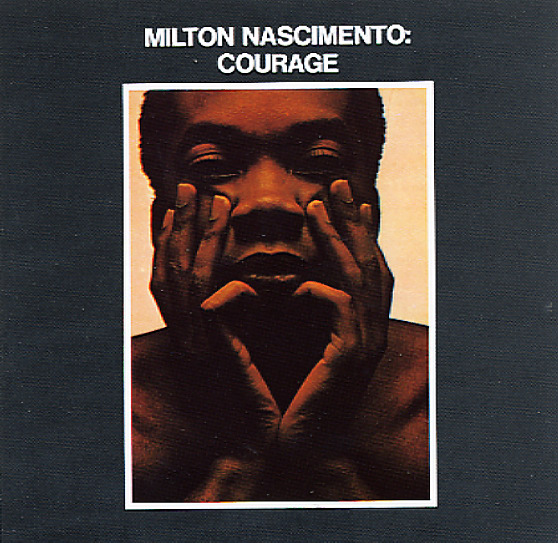 Extremely early work from the great Milton Nascimento – one of his first albums ever, and oddly recorded in America, not Brazil! The set was done in the A&M studios, with production by Creed Taylor – but has a spacious, soulful sound that's a lot like Milton's first few records from Brazil. The album is a huge meeting of talents – and features Herbie Hancock and Deodato on keyboards, plus a host of excellent other jazz players who give Milton's music a nice lyrical edge. The record features that classic Nasicmento mix of soulful vocals, baroque songwriting, and incredible jazz-tinged arrangements – and a few tracks have lyrics in English, too! Tracks include classics like "Bridges", "Vera Cruz", and "Gira Girou" – plus "Tres Pontas", "Rio Vermelho", and "Catavento".  © 1996-2022, Dusty Groove, Inc.
(Out of print digipack pressing. Case has some edgewear.)

Clube Da Esquina
Odeon/RPM (UK), 1972. Used
CD...$4.99 (CD...$9.99)
A landmark album from Milton Nascimento – not only a set that really marked his growth as a singer, songwriter, and overall musical visionary – but also a record that really showcased the collaborative spirit that would be a part of his music for years to come! The album features ... CD

O Planeta Blue Na Estrada Do Sol
Sony (Brazil), 1991. Used
CD...$9.99
A pretty nice live set from Milton Nascimento – recorded in the early 90s, but done acoustically, in a way that really gets at the gently soulful nature of his work! Backing is by a small group that includes piano, sax, flute, bass, and percussion – and the resultant style is really ... CD

Clube Da Esquina
EMI, 1972. Used
CD...$9.99 (CD...$4.99)
A landmark album from Milton Nascimento – not only a set that really marked his growth as a singer, songwriter, and overall musical visionary – but also a record that really showcased the collaborative spirit that would be a part of his music for years to come! The album features ... CD