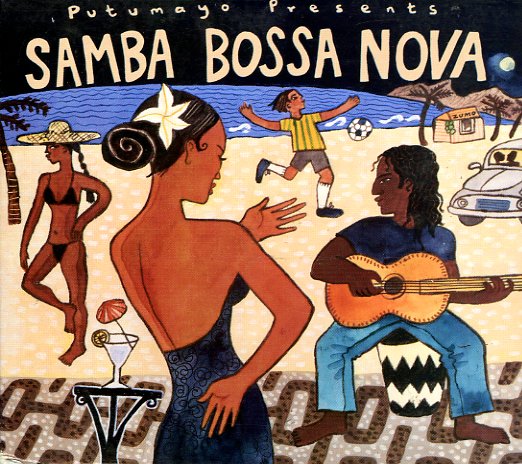 A mix of new and old Brazilian tunes – some rootsy, some with traces of electronics – all served up in one genre-blending Putamayo package! Titles include "Deusa Do Amor" by Moreno Veloso + 2, "Cores" by Da Lata, "Eu E O Meu Amor/Lamento No Morro" by Quarteto Jobim Morelenbaum, "Banho Cheiroso" by Rita Ribeiro, "E Luxo So" by Rosa Passos, "Preto Cor Preta" by Jorge Arago, and "La Vem A Baiana" by Jussara Silveira.  © 1996-2022, Dusty Groove, Inc.
(Out of print.)