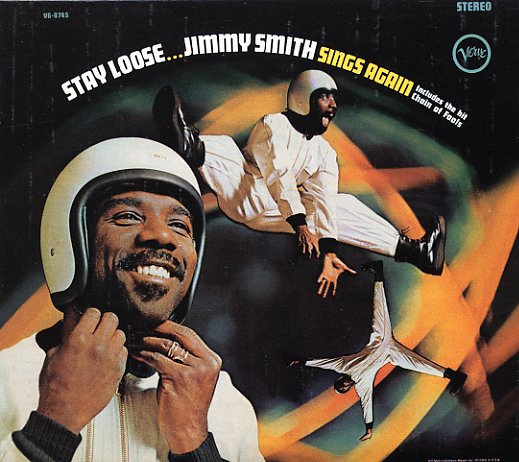 A really unusual little record for Jimmy Smith – and a set that actually features a bit of singing alongside his usual work on the Hammond! The set's got a punched-up style that's very much in the best groovy Verve 60s mode – as Jimmy works with some lively arrangements from the great Tom McIntosh, done in a style that uses fairly heavy horns to push along the groove – while Jimmy himself sings in a raspy, almost bluesy mode! As usual, the soaring Smith touch on the Hammond makes the album cook nicely, even at the few slower moments – and the set also features a few instrumental-only tracks by a smaller combo that includes Stanely Turrentine and Phil Upchurch. Titles include "One For Members", "Grabbin Hold", "Chain Of Fools", "If You Ain't Got It", and "Stay Loose".  © 1996-2020, Dusty Groove, Inc.
(Out of print.)

Who's Afraid Of Virginia Woolf?
Verve, 1964. Used
CD...$9.99
A real treasure, and a record that may well be our favorite Jimmy Smith album for Verve – a masterful meeting of his smoking Hammond work with some swingingly sophisticated arrangements by Oliver Nelson and Claus Ogerman! Both Nelson and Ogerman bring a fuller spectrum of horn work to the ... CD

Ben Webster & Associates
Verve, 1959. Used
CD...$4.99
Classic late Webster material, recorded in a laidback setting for Verve, with associates that include Coleman Hawkins, Budd Johnson, Roy Eldridge, Jimmy Jones, and Les Spann. Side one is a very long version of "In A Mellow Tone", with a blowing session solo approach – and side two ... CD