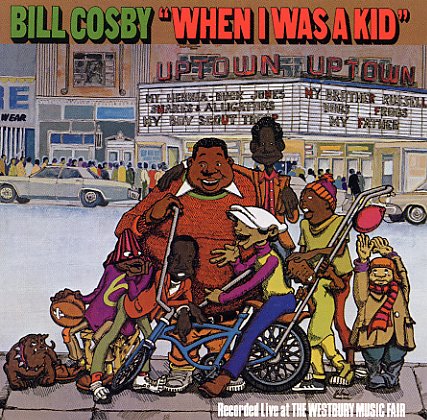 When I Was A Kid

Bill Cosby recalls the days of his youth in a set of classic routines that include "My Brother Russell", "Dogs", "Frogs", "My Father", "My Boy Scout Troup", and "Buck Jones".  © 1996-2021, Dusty Groove, Inc.
(Original yellow label Uni pressing. Cover has some surface wear, with a light stain and faded ink stamp on back.)