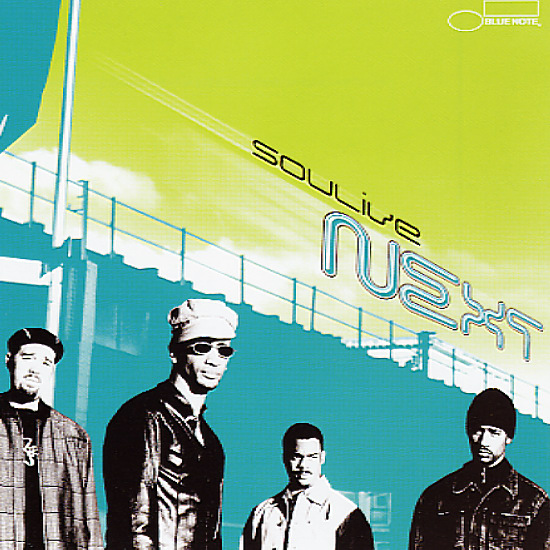 This funky combo kicks it hard on their second Blue Note album – expanding the group a bit more to include an alto player, which makes for a nice choppy jazz funk sound! The record's got a few appearances by famous guests – including Amel Larrieux, Black Thought, Talib Kweli & Hi Tek, and Dave Matthews – who were probably included by Blue Note to hype the set to a more mainstream audience. The real talent, though, comes from the group – as Soulive sound tighter than ever here, grooving with a choppy intensity that hardly needs extra help – and which grooves through most of the record as the real core of the excitement! Titles include "Tuesday Night's Stand", "Fluries", "Liquid", "Joyful Girl", "Whatever It Is", "Alkime", "ED Hambone", "Bridge To Bama", "I Don't Know", and "Clap!".  © 1996-2021, Dusty Groove, Inc.
(Out of print.)