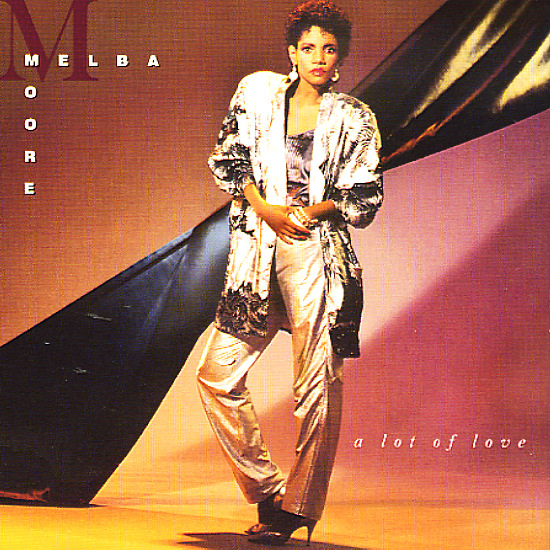 Also available
Melba Moore — Lot Of Love ... CD 12.99
Melba Moore — Lot Of Love ... CD 8.99
Lots of love from Melba Moore – one of those singers who never seemed to falter at all – graced with a fantastic voice that seems to really soar, no matter what the setting! And although Moore got her start with rootsier soul in the 70s, she's a perfect fit for the more contemporary sounds of the 80s – still every bit as soulful as before, and getting a nice update with the beats and basslines in the backings – heard to great effect on her hit duet with Freddie Jackson on "A Little Bit More", and the classic "Falling" – next to other cuts that include "Love The One I'm With (A Lot Of Love) "There I Go Falling In Love Again", "You Trip Me Out", "Stay", "Don't Go Away", and "I'm Not Gonna Let You Go".  © 1996-2022, Dusty Groove, Inc.

This Is It
Buddah, 1976. Very Good+
LP...$5.99
A real stormer from Melba Moore – brilliantly-arranged dancefloor soul with beautiful lead vocals by Melba – on one of her best records of the 70s! Melba is straight-up amazing here, bringing genuine soul to feverish dancefloor gems and otherwise soaring numbers. This Is It was ... LP, Vinyl record album

Taste Of Honey
Capitol, 1978. Very Good
LP...$9.99 (CD...$13.99)
Probably the most successful album the Mizell Brothers ever produced, and a fine set of uptempo groovers from this female soul duet! There's some nice jazzy moments underneath the catchy lyrics, and in a way, the album's style is sort of a blueprint for the sound that would emerge over the next ... LP, Vinyl record album

Shipwrecked
Capitol, 1978. Very Good+
LP...$4.99
Smooth funky soul from this great UK ensemble – one of the best English funk acts of the mid 70s! This album was later repackaged as "Haven't Stopped Dancing Yet" – with a silly cover that was supposed to appeal to the American disco market, but which is a bit of a misnomer ... LP, Vinyl record album

Joy & Pain
Capitol, 1980. Very Good+
LP...$14.99
Classic modern soul from the legendary Frankie Beverly! The record's perhaps one of their best remembered – most likely for the killer cut "Joy & Pain", which has a great hook that's been sampled many times over the years. The record also features the wonderful "Southern ... LP, Vinyl record album

Inseparable
Capitol, 1975. Near Mint-
LP...$3.99 (CD...$13.99)
Natalie Cole's stunning debut for Capitol Records in the mid 70s – a real surprise, and a set that should have had the singer blossoming even more than she did at the time! As with some of the other Capitol soul sessions of the time, the album's done very firmly under the guidance of Charles ... LP, Vinyl record album