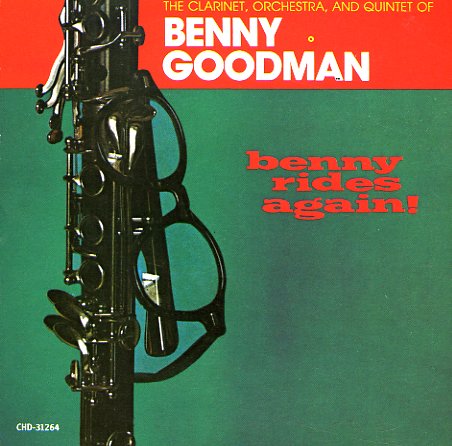 Benny Goodman Sextet
Columbia, Early 50s. Used
CD...$4.99
Features Teddy Wilson on piano, Terry Gibbs on vibes, and Mundell Lowe on guitar. Tracks include "Lullaby Of Leaves", "Undecided", "Between The Devil & The Deep Blue Sea", "I'll Never Be The Same", "Farewell Blues" and "How Am I To Know?&qu ... CD