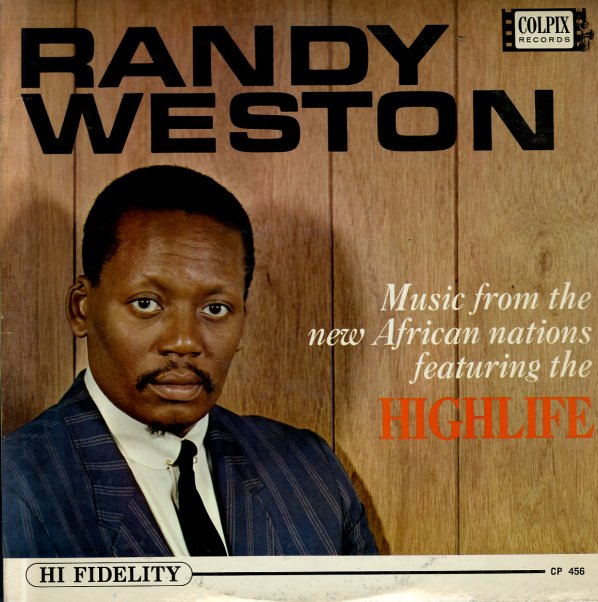 Music From The New African Nations Featuring The Highlife

A fantastic Randy Weston album – and one of the albums that really showed the world all the new ideas he was cooking up in jazz! The style is very much as promised by the title – as drawn from African inspiration as his previous Uhuru Afrika record – but much more fused towards an American jazz idiom – at a level that makes Weston a key precursor to so much righteous music to come, much of it inspired by the same wave of African independence. Melba Liston handled the arrangements – and definitely deserves a lot of credit for the success of the set – and other hip players include Budd Johnson on soprano sax, Booker Ervin on tenor, and Ray Copeland on trumpet. Titles include the crucial original recordings of Weston classics like "Congolese Children", "Blues to Africa", and "Niger Mambo" –plus "Zulu", "In Memory Of", and "Mystery of Love".  © 1996-2021, Dusty Groove, Inc.
(Gold label stereo pressing with deep groove. Cover has some ring and edge wear.)

Destry Rides Again
United Artists, 1959. Very Good-
LP...$29.99
One of the strangest Randy Weston albums you'll ever see – but a great one too! Here, the great modernist pianist/composer plays selections from the hit musical Destry Rides Again – an unusual choice, but one that he makes all his own thanks to some really inventive touches. Randy's ... LP, Vinyl record album

Jazz Mission To Moscow
Colpix, 1962. Near Mint-
LP...$11.99
Jazz from the heart of the cold war – not actually recorded in Moscow, but featuring a bunch of hip players on their return from a tour of the Soviet Union – a historic moment in which west met east, with some groovy jazz in the offing! Apart from the tenor of Zoot Sims and alto of ... LP, Vinyl record album