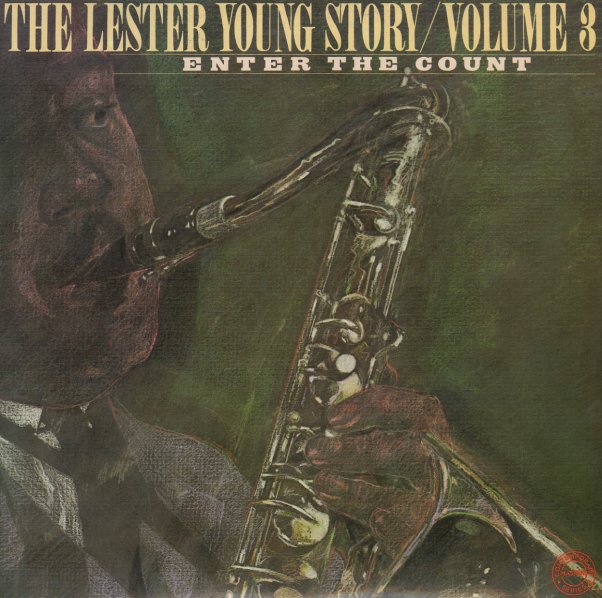 Seminal sides cut with Count Basie at the end of the 30s – presented in a package with very detailed liner notes!  © 1996-2021, Dusty Groove, Inc.
(Still sealed, but with splitting and fraying at the spine from storage.)

Pres (Everest)
Everest, Early 50s. Near Mint-
LP...$4.99
No real date or personnel on this one, and the album's a live set recorded, most likely, at some time in the 50s. The quality of the recording isn't great, and you hear a heck of a lot of crowd noise – but the work's an interesting document of Pres during the period, as the tunes are all ... LP, Vinyl record album

Pres Vol 3 – Lester Young In Washington DC 1956 Vol 3
Pablo, 1956. Near Mint-
LP...$9.99
A lost treasure from Lester Young – previously unreleased live material from the 50s, recorded in a style that's a fair bit different than some of his studio work of the decade! The set took place at the Patio Lounge in Washington, DC – and was recorded by Bill Potts, who is also the ... LP, Vinyl record album

Pres (Verve)
Verve, 1950/1951. Near Mint-
LP...$14.99
As beautiful an illustration of the genius of Lester Young as you could ever hope to find – tight, short small group numbers recorded with a keen focus on Young's amazing tone – all served up with beautiful sound throughout! The cover bills the set as being by Young and his orchestra, ... LP, Vinyl record album

Memorable Claude Thornhill
Columbia, Early 40s. Near Mint- 2LP Gatefold
LP...$9.99
Vintage material by one of the hippest bands of its generation – including some early arrangements by Gil Evans! LP, Vinyl record album