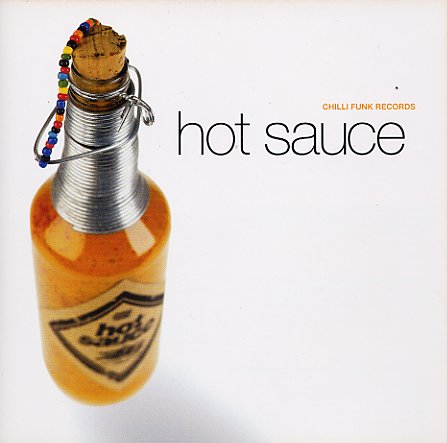 A stunning collection of deep house tracks – with a classic sound all around, and a very soulful groove that never lets up! Dr Bob Jones and Lofty put this one together, and the set features tracks from their own work with East West Connection, plus some of the best modern house groups in the business. Lots of jazzy acoustic touches, and titles include "Feel It (East West feel mix)", "The More I Get, The More I Want (Teddy's house groove)", and "East West (club)" by East West Connection; "Fiesta De Disfraces (all the way live mix 98 edit)" by H Man, "Ivory (Tyler's Tireless mix)" by Star Child, "Soothe Your Soul" by DSL, "After Ours (Restless Soul samba Phreek mix)" by Restless Soul with Nathan Haines, "Suspicious (piano mix)" by Ten City, "Live Cantina" by No Tenshun, and "Hustler (orig)" by Factory Family.  © 1996-2021, Dusty Groove, Inc.

Sound Travels
Chilli Funk (UK), 2001. Used
CD...$6.99
A sublime bit of modern soul jazz – produced by Phil Asher with a quality that blows away most other Nu Jazz efforts on the market! The album's the brainchild of sax player Nathan Haines and Asher, but it's got a soul collective feel that pushes it past any simple remix-type project, one ... CD