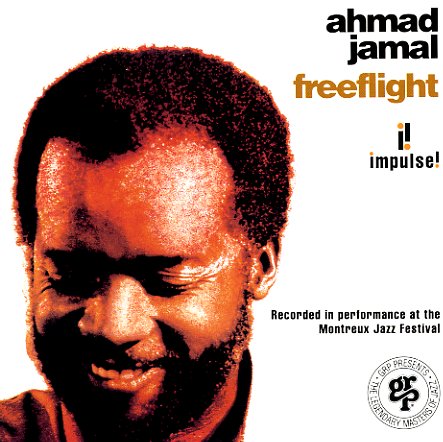 Brilliant work by Jamal – and one of his first albums to feature electric piano! The mode of the tracks is in that "stretching out" style he was using as the 60s came to a close – a bit inspired by McCoy Tyner, but more an exploration of the lyricism of his earlier work, set to the new freedoms of the jazz record style of the time. The group features Jamal's regulars Jamil Nasser on bass and Frank Gant on drums – and Ahmad plays both electric and acoustic piano on the album. Tracks include "Dolphin Dance", "Effendi", "Manhattan Reflections", and "Poinciana".  © 1996-2020, Dusty Groove, Inc.
(Out of print.)

Liberation Music Orchestra
Impulse, 1969. Used
CD...$6.99 (LP...$33.99)
One of the most beautiful albums that Charlie Haden ever recorded – and if he only ever appeared on one record in his life, we'd still love him tremendously for this one! The album has a feel that's very much in keeping with both the "liberation" and "orchestra" in the ... CD