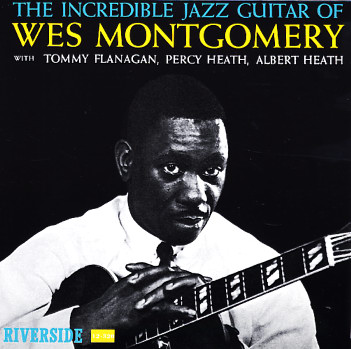 They're not kidding with the title of this one – because although the record was only Wes Montgomery's second album as a leader, he was already making plenty of waves with the sound of his guitar! The session lines Wes up with the very tight rhythm team of Tommy Flanagan on piano, Percy Heath on bass, and Albert Heath on drums – all of whom lay back and mostly let Wes take center stage – sparkling on a number of original tunes that include "West Coast Blues", "Mister Walker", and "D Natural Blues". Other tracks include a great fast take on Sonny Rollins' "Airegin", plus "In Your Own Sweet Way" and "Polka Dots & Moonbeams".  © 1996-2023, Dusty Groove, Inc.
(Early 90s OJC pressing.)

Ray Bryant Trio (Prestige)
Prestige/OJC, 1957. Used
CD...$9.99
A great early trio session from Ray Bryant – the kind of record that instantly shows why he caught such fire on the scene! There's a simplicity here that's almost invisible – a command of the keys that's strong, but not nearly as show-offy as some of Bryant's contemporaries. And given ... CD

Great Times – Duke Ellington & Billy Strayhorn Piano Duets
Riverside/OJC, 1950/1964. Used
CD...$6.99
A wonderful stripped-down set of piano work from Duke Ellington – presented here in an obscure set of duets recorded with Billy Strayhorn in 1950, finally issued as a full package by Riverside in the mid 60s – at a time when more folks seemed to be paying attention to Duke's stylings on ... CD