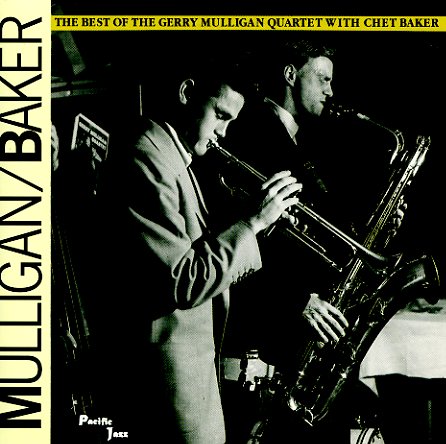 Best Of The Gerry Mulligan Quartet With Chet Baker

Jazz Crusaders At The Lighthouse (with bonus tracks)
Pacific Jazz, 1962. Used
CD...$11.99
The landmark first album to feature the Jazz Crusaders playing live at the Lighthouse in Hermosa Beach – the start of a great run of albums that would go onto help redefine the sound of soul jazz in the 60s! Although the group was already plenty darn great on their studio sides, working at ... CD

First Time Out
Pacific Jazz (Japan), 1962. Used
CD...$24.99 (LP...$19.99)
An amazing debut from pianist Clare Fischer – an artist who went onto have a subtle, but immediate influence upon both the American and Brazilian jazz scenes of the time! Fischer's got a lyrical approach to rhythm that's simply amazing – modern, but never cold and academic – and ... CD

Big Swing Face
Pacific Jazz, Late 60s. Used
CD...$3.99
Fantastic work from the legendary Buddy Rich – one of his Pacific Jazz albums from that stretch when Buddy was opening up his bag, and getting very groovy in his music! The album's a live one – and as with the rest from the decade, really has the Buddy Rich sound moving forward, thanks ... CD