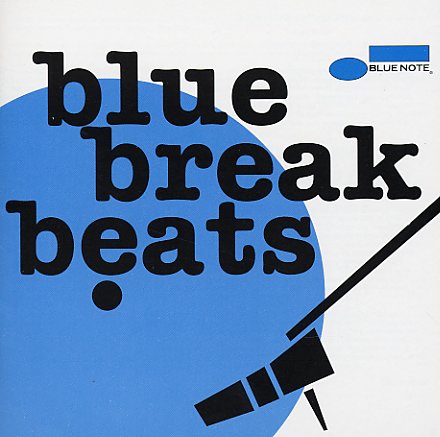 A really wonderful collection of grooves that first came to light in the 90s – one that had the Blue Note label digging back in their catalog and completely re-thinking their approach to reissues – given the new popularity of jazz in the hip hop sample world! As you'd guess from the title, the music here is very strongly oriented in the mode of "breaks", or tracks that were sampled for later hip hop and club recordings – classic jazz tunes from the glory days of Blue Note that have gone onto live again, thanks to the keen ears and inventive work of more contemporary DJs and producers. After all these years, The Blue Breakbeats series still stands as one of the best illustrations of the funkier side of the label – and titles on this first volume include "Weasil" by Donald Byrd, "Who's Makin Love" by Lou Donaldson, "Final Comedown" by Grant Green, "Groovin For Mr G" by Richard Groove Holmes, "Kudu" by Eddie Henderson, "Harlem River Drive" by Bobbi Humphrey, "Move Your Hand" by Lonnie Smith, "Shu Shu" by Ike Quebec, "Oliloqui Valley" by Herbie Hancock, "Your Love Is Just Too Much" by Gene Harris & The Three Sounds, "Blue Juice" by Jimmy McGriff, "Turtle Walk" by Lou Donaldson, and "Chunky" by Ronnie Foster.  © 1996-2022, Dusty Groove, Inc.
(Out of print.)