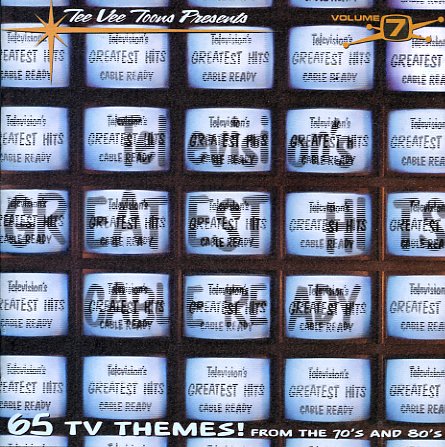 65 current and recent TV themes for samplin' and stuff like that. Titles include The Next Generation, The Simpsons, Ren and Stimpy, Blossom, Rosanne, Seinfeld, Mad About You, The Nanny, David Letterman Show, Max Headroom, Twin Peaks, Space Ghost, Saved By The Bell, and lots lots more! You get the idea!  © 1996-2021, Dusty Groove, Inc.
(Out of print, in the cool lenticular cover, too!)