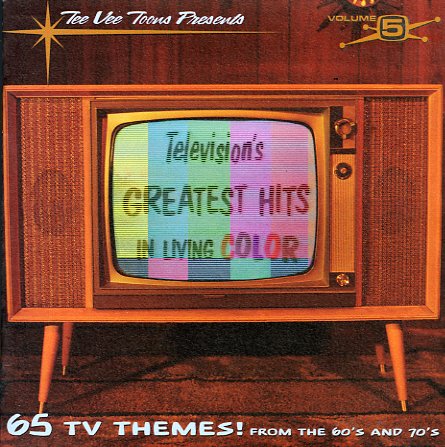 Loads of TV themes from the golden Living Color years of the late 60s and early 70s, with stuff that we'd even forgotten existed! Titles include Stingray, Hong Kong Phoey, Go-Go Gophers, Banana Splits, Sigmund & The Sea Monsters, Nanny & The Professor, Cannon, The Men, Police Woman, Emergency!, The Magicia, It Takes A Thief, The Dean Martin Show, Land Of The Giants, The Bionic Woman, The Six Million Dollar Man, and lots, lots more! Great stuff, with 65 cuts in all!  © 1996-2021, Dusty Groove, Inc.
(Out of print, in the cool lenticular cover, too!)