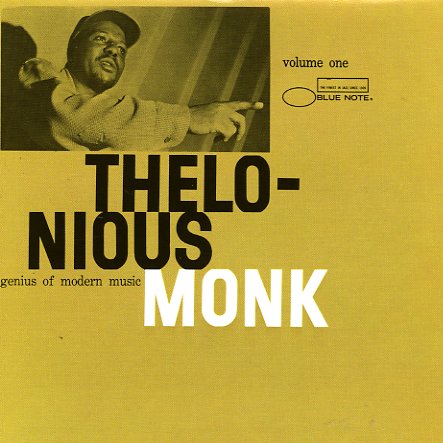 A great collection of Thelonious Monk's early pre-LP recordings for Blue Note – seminal not only for the label's commitment to a modernist bop ideal, but also for Monk's integration in the growing collection of top-level jazz players on the New York scene! The work is notable also for the fact that Monk's playing sometimes in larger group settings – not just trio ones – and here, his early writing for and interplay with saxes and trumpet certainly has a strong effect on the development of modern jazz in the 50s – as you'll hear on tracks that include work from players like Sahib Shihab and Lou Donaldson on alto, Milt Jackson on vibes, and Idrees Suliman and Kenny Dorham on trumpets – depending on the volumes. Art Blakey is on drums throughout – and titles on this first volume include "Round Midnight", "In Walked Bud", "Thelonious", "Epistrophy", "Misterioso", "Well You Needn't", and "Off Minor".  © 1996-2023, Dusty Groove, Inc.
(Out of print.)