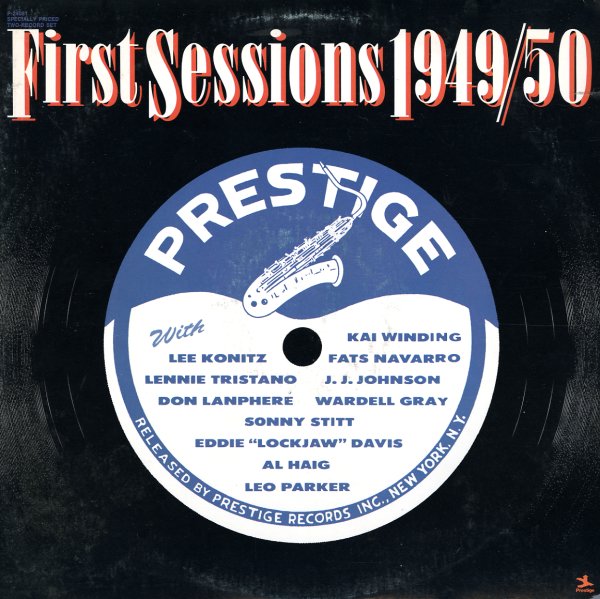 The earliest days of a legendary jazz label – some of the first 78rpm material recorded by Prestige Records, all of it pretty darn great! The first half of the set features work by the group of tenorist Don Lanphere – a great player we don't really know at all, but one who's got Fats Navarro blowing trumpet on most of the tracks on the set! Piano is by Duke Jordan on the first two tracks, and Al Haig on all the rest – and titles include "Spider's Web", "Strike Up The Band", "Wailing Wall", "Go", "Stop", and "Infatuation". Next are some rare sides from saxophonist Leo Parker – playing alto here in addition to his usual baritone – in a group with Al Haig on piano, Oscar Pettiford on bass, and Max Roach on drums – on tunes that include "Mad Lad Returns", "Who's Mad", "Mona Lisa", "Darn That Dream", and "I Cross My Fingers". Last are some sweet bop sides from a trio with Al Haig on piano, Tommy Potter on bass, and Roy Haynes on drums – on the titles "Liza", "Stars Fell On Alabama", "Opus Caprice", and "Stairway To The Stars".  © 1996-2023, Dusty Groove, Inc.
(Cover has light wear.)