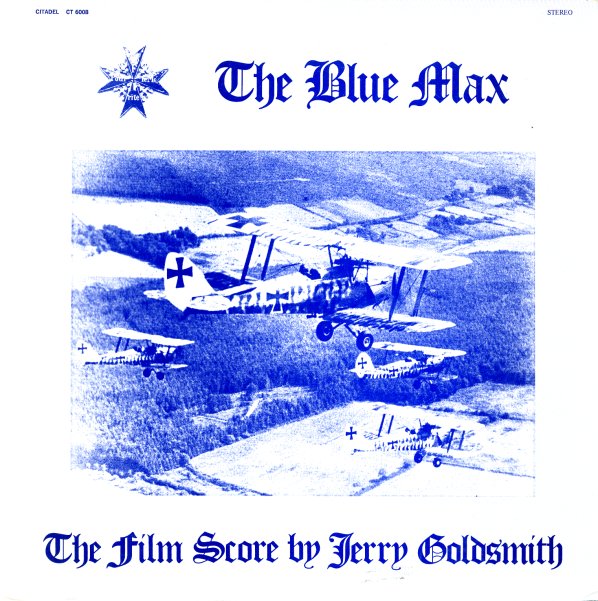 One of the most famous Jerry Goldsmith soundtracks ever – even if the film itself wasn't much of a hit! Goldsmith really rose to the top ranks of film composers with his work for Blue Max – able to orchestrate both full action and quiet moments with effortless ease – often through these compressed passages that really move beyond the usual Hollywood scoring standard of the time! Things are never too flowery, yet still remain quite full at times – and Goldsmith really demonstrates his great skill with creating special odd sounds out of more familiar instruments. Titles include "First Blood", "Bridge Duel", "The Lonely Victor", "Food Riot", "Confirmed Kill", and "Waltz".  © 1996-2021, Dusty Groove, Inc.