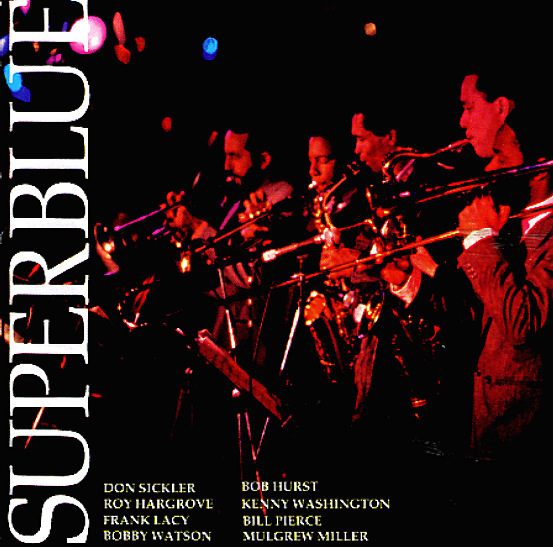 Also available
Superblue — Superblue ... CD 16.99
A wonderful project from late 80s Blue Note – a group that features trumpet and arrangements from Don Sickler, plus some great help from Bobby Watson as well – all to craft a sound that's as rich, soaring, and joyous as any solo projects from either player! The group's an octet, but have the tightness of a Blue Note quintet from the 60s – working with sharp arrangements in a really classic sound – one that has the horns in tight formation, but also really opens up to solo space right away – allowing plenty of room for Sickler on trumpet, Watson on alto, Frank Lacy on trombone, Roy Hargrove on trumpet and flugelhorn, Bill Pierce on tenor, and Mulgrew Miller on piano. The bass of Bob Hurst and drums of Kenny Washington provide some smoking rhythms throughout – and titles include "Open Sesame", "Conservation", "M&M", "Time Off", and "Marvelous Marvin".  © 1996-2023, Dusty Groove, Inc.