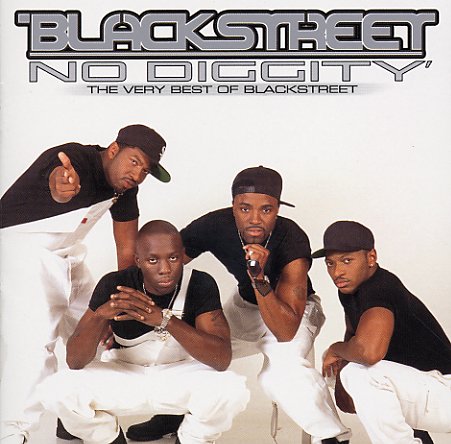 No Diggity – The Very Best Of Blackstreet

Solid soul from the great Teddy Riley – working here with his Blackstreet group, a tight harmony quartet formed after the breakup of Guy! The sound is perhaps a bit tighter and smoother than that of Guy, but no less inspired – as Riley was one of the kings of this sound at the time, and was still stepping forth with the same proud tones that first helped him forge the New Jack style. The set includes 17 titles in all – including "No Diggity", recorded with Dr Dre, plus "Baby Be Mine", "Booti Call", "Before I Let You Go", "Joy (New Carnegie mix)", "Tonight's The Night", "Falling In Love Again", "Girlfriend/Boyfriend", "Fix", "Buy Me Love", and "Coming Home To You".  © 1996-2021, Dusty Groove, Inc.
(Out of print. Small cutout hole through rear case and tray card.)