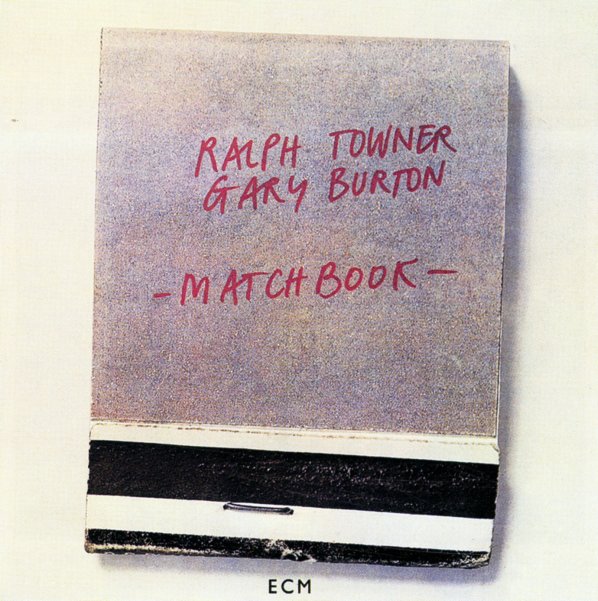 Also available
Ralph Towner & Gary Burton — Matchbook ... CD 9.99
Two of the greatest things going for ECM in the 70s – brought together on one record! The vibes of Gary Burton are a wonderful match for the careful guitar work of Ralph Towner – particularly his 12-string guitar, which is used in a space that's somewhere between folk and jazz, and which seems to evoke Gary Burton's Tennessee roots in a really poetic way! The style isn't entirely jazz, although that term is the best description for it – and instead, both players find this really magical space together – creating special sounds that resonate with sensitivity and a unique sort of soul. Titles include "Drifting Petals", "Icarus", "Brotherhood", "Song For A Friend", and "Goodbye Pork Pie Hate".  © 1996-2022, Dusty Groove, Inc.
(Cover has some light tape remnants along the opening.)