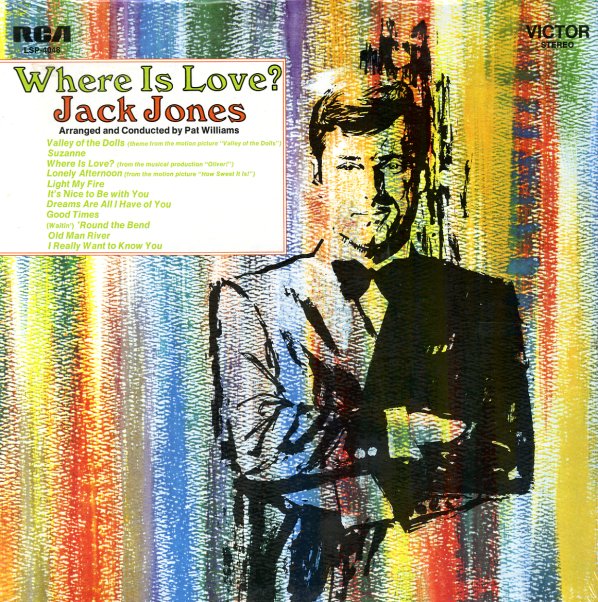 Great groovy Jack Jones – with arrangements by Pat Williams, and versions of "Valley Of The Dolls", "Where Is Love", "Light My Fire", and "Suzanne".  © 1996-2022, Dusty Groove, Inc.
(Stereo pressing with deep groove, including RCA inner sleeve.)