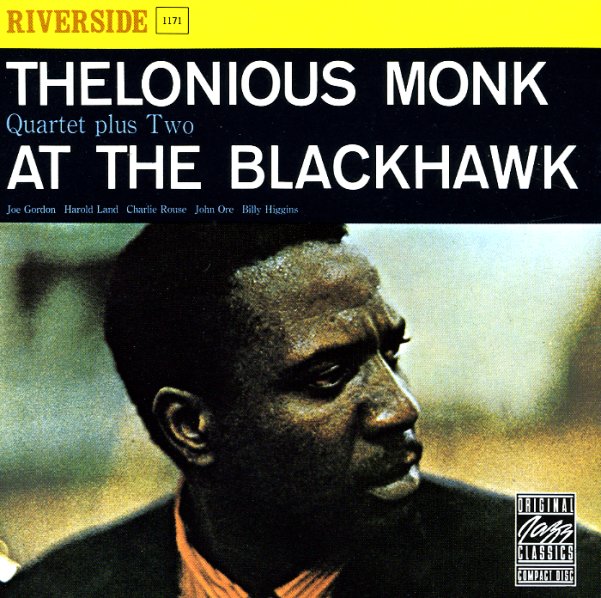 Thelonious Monk Quartet Plus Two at the Blackhawk (plus bonus tracks)

A stunning pre-Columbia session from Thelonious Monk – a really great live date that has Monk's familiar quartet augmented by west coast players Joe Gordon on trumpet and Harold Land on tenor! Given that Charlie Rouse is already in the group on tenor, the addition of Land's horn makes for a very soulful set – and Gordon's one of those players we love whenever we get a chance to hear him on record, which isn't that often, given how few sessions he cut! Other players include John Ore on bass and Billy Higgins on drums – and titles include "Four In One", "Let's Call This", and "Worry Later". CD features 2 bonus tracks – a second version of "Epistrophy", and "Evidence".  © 1996-2022, Dusty Groove, Inc.
(Out of print.)