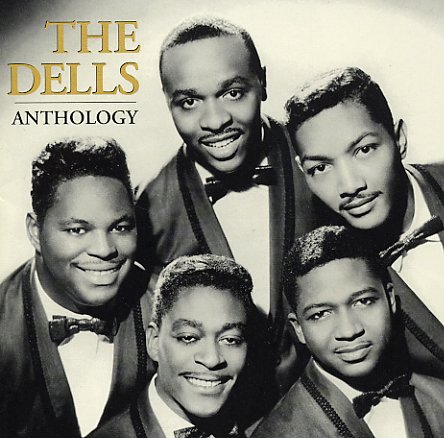 A whopping collection of the Dells' classic work – featuring tunes pulled from their years at Vee Jay, Chess, Chi-Sound, and Mercury! The package starts way back in the 50s, and traces the group through their groundbreaking 60s soul sides, their sublime baroque 70s numbers, and their later smooth modern tracks – and as you listen to this stuff, you'll be stunned to hear how great the group remained through all of that time! The early tracks are straight doo wop, with simple production; later work has the great Charles Stepney crafting some majestic Cadet/Concept arrangements; and even the modern stuff has a well-constructed smooth groove. Through it all, though, the real strength is the group's vocals – still wonderful even in the album's one more recent number, "A Heart Is A House For Love". Titles include "I Can Sing A Rainbow/Love Is Blue", "Always Together", "Give Your Baby A Standing Ovation", "I Miss You", "Slow Motion", "We Got To Get Our Thing Together", "The Glory Ove Love", "Long Lonely Nights", "Dreams Of Contentment", "The Bossa Nova Bird", "Oh What A Night" (in 2 versions), "Stay In My Corner (in 3 versions)", and "Does Anybody Know I'm Here".  © 1996-2022, Dusty Groove, Inc.